Influential guitarist Mickey Baker died November 27. From an obituary in the Hollywood Reporter:


A prolific and hardworking session man as rock evolved from R&B during the 1950s, Baker played with such legendary acts as Ray Charles, Louis Jordan and Ruth Brown. His guitar work helped drive such R&B chart-toppers as Brown’s “(Mama) He Treats Your Daughter Mean” and Big Joe Turner’s “Shake Rattle and Roll.” The Who’s Pete Townshend studied his methods, and Rolling Stone’s David Fricke ranked Baker No. 53 on his list of the 100 greatest guitarists of all time.

We have his revered jazz guitar method books:
You'll find "Love Is Strange" and his other hits with Mickey & Sylvia on Love Is Strange (CD 7648-7649). We also have many other recordings on which he appeared.
Posted by Marci Cohen at 10:43 AM No comments:

Retired music executive Joe Smith, who started his career in radio in Boston, interviewed more than 200 people, including many of the biggest names in music. He donated his collection to the Library of Congress, and a sampling of those interviews, including ones with Paul McCartney, Mick Jagger and David Bowie, are available streaming from the Library of Congress, starting November 28.

From the Library of Congress press release from June 18, 2012:

More than 25 years ago, retired music executive Joe Smith accomplished a Herculean feat—he got more than 200 celebrated singers, musicians and industry icons to talk about their lives, music, experiences and contemporaries. The Library of Congress announced today that Smith has donated this treasure trove of unedited sound recordings to the nation’s library.

While president of Capitol Records/EMI, Smith recorded 238 hours of interviews over two years, excerpts of which he compiled and presented in his groundbreaking book, "Off the Record," published by Warner Books in 1988. These candid and unabridged interviews have been digitized by the Library and initially will be accessible in its Capitol Hill reading room. Some of the recordings also will be streamed on the Library’s website (www.loc.gov) later this year.

The Joe Smith Collection is an invaluable addition to the Library’s comprehensive collection of recorded sound," said Librarian of Congress James H. Billington. "These frank and poignant oral histories of many of the nation’s musical icons give us unique insights into them as artists, entertainers and human beings. The world knows these great musicians through their songs, but Joe Smith has provided us an intimate window into their lives through their own words.

"Smith’s career in music started in the 1950s at the dawn of the rock ‘n’ roll era. Following his graduation from Yale, Smith worked as a sportscaster and later as a disc jockey at WMEX and WBZ in Boston. He transitioned into record promotions when he moved to Los Angeles in 1960 and rose to legendary status in the industry as president of three major labels—Warner Bros., Elektra/Asylum and Capitol/EMI. Smith signed such notable artists as the Grateful Dead, Jimi Hendrix, Van Morrison, Frank Zappa, Jackson Browne, Linda Ronstadt and the Eagles.

His relationship with the industry’s creative community over four decades enabled him to compile a history of popular music by presenting the artists’ stories in their own voices. One critic wrote that "Joe Smith has done what no historian, musician, pop critic or rock writer has been able to do. He’s compiled a history of popular music, ranging from the big bands of the ‘20s to the chart-toppers of today … a paper jukebox that’s chock-full of pop."

A couple of decades following the success of his book, Smith (now 84) envisioned sharing his original unabridged interviews with scholars, researchers and the American public. "In recent years, it dawned on me that, if anything, the significance of recollections from Jerry Lee Lewis, Mick Jagger, Smokey Robinson, Ahmet Ertegun, Herb Alpert, Ruth Brown and all the other notables I was fortunate enough to interview, are truly part of the fabric of our cultural history," said Smith. "I wanted to share this treasure trove with any and all who might be interested. The Library of Congress is, clearly, the venue most appropriate and best equipped to do just that now and into the future. I hope that generations to come will benefit from hearing the voices of these brilliant artists and industry luminaries recounting their personal histories. I'm just thrilled that the Library of Congress has agreed to preserve and safeguard these audio artifacts."

As an insider, Smith connected with the artists on a personal level, leading to some interesting revelations.
The recordings in the Joe Smith Collection will be housed in the Library’s Packard Campus for Audio Visual Conservation in Culpeper, Va., a state-of-the-art facility that was made possible through the generosity of David Woodley Packard and the Packard Humanities Institute, with benefaction from the U.S. Congress. The Library’s Motion Picture, Broadcasting and Recorded Sound Division’s collections include nearly 3 million sound recordings.

More details about the content of the recordings is in a press release dated November 28, 2012.
Posted by Marci Cohen at 11:59 AM No comments:

As highlighted in the Billboard piece, Philadelphia concert promoter Larry Magid said, "Frank Barsalona is probably the single most important person in the touring business in the past 40 years. He single-handedly revolutionized the concert business." He not only recognized the importance of rock, he created the regional concert promoter model that allowed rock concerts to flourish.

Learn more about Barsalona's career in an article from Billboard written when he received the 2007 Billboard Touring Conference & Awards Legend of Live Award. It is available in the International Index to Music Periodicals, accessible under "Search Articles & More" in our E-Resources.

After a break of several months due to a new catalog system, the library has resumed sending email notifications for hold and overdue materials. Please check your spam folder or quarantine notice for email from library@berklee.edu for email from us. We are receiving reports that our emails are getting caught there, and we are working to overcome this problem.

Also, if you have attended a library instruction session with LENG-111 or LENG-201 and completed an assignment, your will get email from us that may be trapped in a spam filter.
Posted by Marci Cohen at 10:18 AM No comments:

Browse our periodical collection, and you'll find hundreds of music-related titles. But we also subscribe to general business periodicals. Why? Because the music industry is an industry that gets coverage from the business press. If you limit your research to just those magazines and journals that cover music, you'll miss out on valuable information. Case in point: an article on Businessweek's website about Nickelback. You can argue all you want about the band's artistic merits, and this article does acknowledge the hatred they incite, but from a business standpoint, they are very successful.

Genius: The Nickelback Story
Posted by Marci Cohen at 2:16 PM No comments:

Music to Vote By

November 6 is Election Day. While Berklee has quite a large contingent of international students, we urge all U.S. citizens to vote. Need a soundtrack for the occasion? Here are some suggestions:
Plus, anything by Lester "Pres" Young or Presidents of the United States of America.
Posted by Marci Cohen at 4:34 PM No comments: 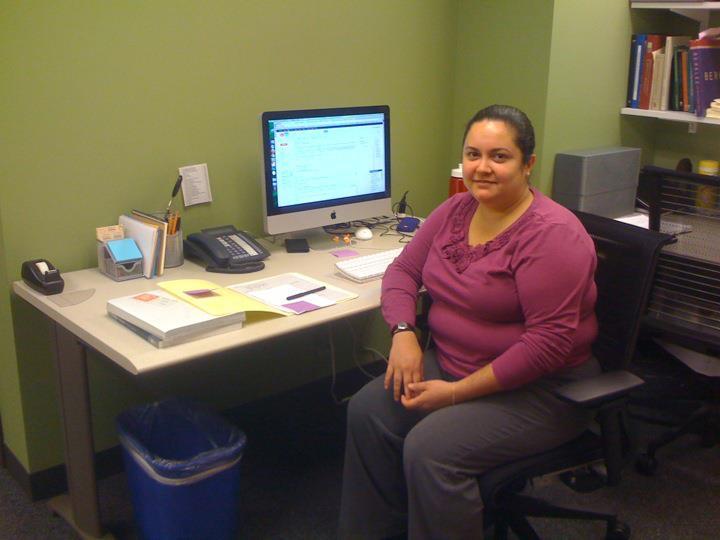 The Library and Learning Resources are happy to announce that Sofia Becerra-Licha has accepted the newly established position of college archivist.  Supported by a two-year grant funded by the U.S. National Archive and Records Administration, Sofia will be collecting, organizing, processing and cataloging the thousands of items (photos, audio, video, scores, documents) currently stored in an offsite facility.

Sofia earned a Masters in Archival Management from UNC and a Masters in Ethnomusicology from Harvard.  She has worked in the Stone Center Library for Black Culture and History at UNC as well as the Smithsonian Latino Center in Washington DC.

We are very pleased to begin working with Sofia on this new college initiative.  Please join us in welcoming Sofia to the Berklee community.

Posted by Marci Cohen at 8:51 AM No comments: